Mazda RX-8 Production Will Stop Due to Low Sales

Last month, Mazda Motor Corp. is planning to cancel the production of Mazda RX-8. Largely, this is due to falling sales and strict global emissions standards.

All the RX-8s are produced at Mazda’s Hiroshima plant in Japan. The global sales of RX-8 and its production will conclude soon.

Previously, Mazda unveiled the 16X had an enlarged elliptical shape for the combustion chamber and an enlarged eccentric centre stroke in the rotor. Moreover, Mazda also planned direct-injection fuel delivery in a rotary engine for the first time. However, the 16X project has been cancelled due to financial crisis.

As a result, Mazda has decided to focus its R&D resources on its fuel-saving SkyActiv technologies which will debut in Q4 2011. 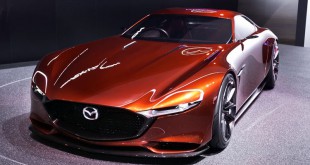 Mazda 3 MPS will be launching in Malaysia @ RM175k