The long wait for an up close and personal look at PROTON’s highly anticipated SUV finally came to an end as the Company unveiled their newest model to the Malaysian media during a static preview held at the Proton Styling Studio. Showcasing the first co-developed vehicle by Geely and PROTON, the exclusive event also saw the attendance of Dr Li Chunrong, Chief Executive Officer PROTON, Dato’ Radzaif Mohamed, Deputy Chief Executive Officer PROTON, and all senior management members of PROTON who addressed queries about the new addition to the Company’s product line up. The purposeful lines of the SUV were penned by a team led by the Executive Vice President of Design at Geely, British designer Peter Horbury. A renowned car designer with 40 years of experience, Peter was formerly the Vice President of design at Volvo Car Corporation and is widely credited with leading the Swedish brand away from boxy saloons to the modern sculpted vehicles they sell today. Presenting the design of the SUV to the assembled media though was Malaysian Azlan Othman, who is PROTON’s Head of Design.

During his presentation, Azlan explained the silhouette was sculpted with explosive energetic lines inspired by a muscular and agile feline form. More specifically, the shape was drawn from the family of big cats, especially the Malayan Tiger, which is why it conveys a sense of explosive forward momentum. The link to the majestic animal is further strengthened by the headlamps, featuring daytime running lights (DRL) that create a distinctive pair of ‘eyes’ making the SUV recognisable in any driving environment. While there are few changes to the external lines to differentiate the Proton SUV from its Geely counterpart, Azlan and his team still managed to infuse some uniquely Malaysian touches in the design. This is most evident in the grille, which features a shape inspired by a bow to deliver an identifiable presence that also captures a sense of agility, speed and lightness. Proudly displayed in the middle of the distinctive grille is a large PROTON badge, framed by three black horizontal bars. Closer inspection reveal the bars have distinctive repeating patterns inspired by Malaysian craftsmanship and our rich natural heritage.

“We embraced the unique elements Malaysia has to offer and infused them into our design celebrating the uniqueness and richness of our environment, traditions and heritage. Reflecting on the early craftsmanship, we have developed and evolved the art of traditional wood carving into a design arrangement that we call Infinite Weave,” explained Azlan.
Step inside the SUV and drivers are greeted by luxurious materials such as Nappa leather, brushed aluminium accents and a touchscreen interface that create a marriage of luxury, craftsmanship and technology. Elegant interior lines are accentuated by the interplay between dark and light surface treatments while a Malaysian touch is added by the same Infinite Weave pattern carried over to the interior via the speaker grilles and inserts backing the door handles as well as the iconic PROTON badge housed in the centre of the steering wheel.

Aside from giving the media a preview of the exterior and interior design, PROTON also used the event to officially announce the name of its SUV. An online contest was held and Malaysians were asked to choose one of four proposed names – PX70, X7, X70 and X700. More than 89,800 total participants submitted entries, which resulted in the name X70 being selected. 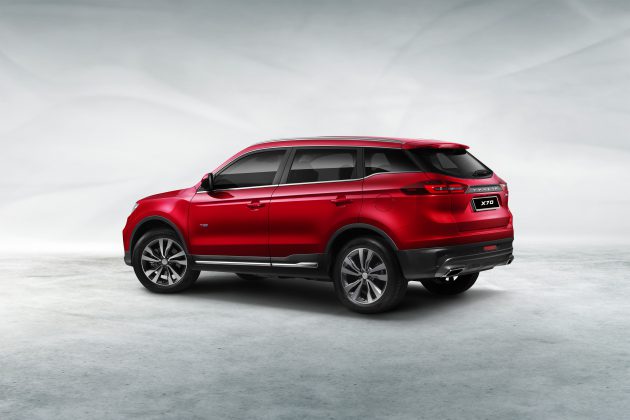 “We can now reveal that PROTON’s SUV will be called the X70. This is the first time an alphanumeric naming system is used on a Proton model as our research shows it will make it easier for PROTON to sell the X70 in ASEAN and other international markets as there are no language barriers to overcome. The letter X is also synonymous with Crossover or SUV vehicles so using it makes it easy to identify the segment this Proton model is from while the number 70 denotes the size/class of the SUV and gives PROTON a logical system to add bigger or smaller models in the future,” said Abdul Rashid Musa, Chief Executive Officer of PROTON Edar. 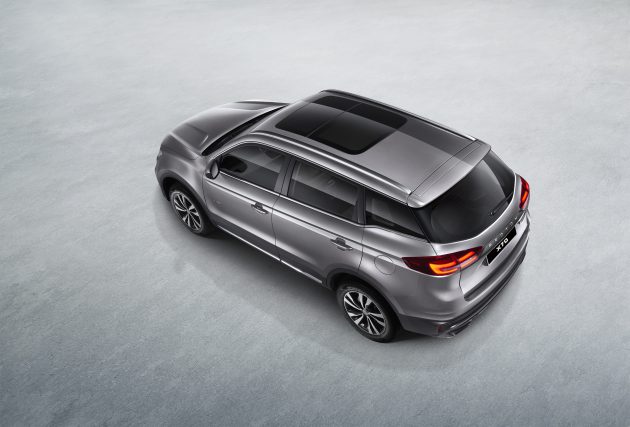 It was also explained that the exclusive media preview session wasn’t a stand-alone event catering just to the media. A series of customer events spanning 7 Malaysian cities running from 19 September to 4 November would also be held to allow members of the public, the banking and insurance industry as well as potential corporate buyers to get a similarly close first look at the X70 before it is launched later in the year.

“The preview sessions start on 19 September and our plan is to reach nearly 6,000 people. That is only a small portion of the potential buyers we are targeting but for those who are already convinced they want to buy our new SUV, PROTON will start taking bookings for the X70 on 8 September with a deposit of RM1,000 each,” added Rashid.

Proton will increase its Prices from 15 Feb 2016