The Lexus CT 200h launched in Australia since March of this year, and this hybrid hatch has won a prestigious Australia’s Best Cars Awards in its first year on the market. The CT 200h took honours in the Best Small Car over $35,000 category, ahead of diesel-powered rivals from Europe.

Judges from the motoring clubs of each Australian state assessed in excess of 200 vehicles against 19 criteria under the criteria of value for money, design, and road performance.

The Lexus CT 200h is powered by a 1.8-litre petrol electric full-hybrid drivetrain. The Lexus CT 200h consumes just 4.1 litres of fuel for every 100km and emit 95 grams of CO2/km. Safety and operating economy were given strong consumer weighting in the year-long evaluation.

“Lexus is the only luxury manufacturer to offer a range of hybrid vehicles in Australia and this award only serves to reinforce the importance of this technology now and in the future,” Mr Cramb said.

“CT 200h was the first vehicle in its class to offer hybrid and the first to bring leading safety features, such as Pre-Collision Safety System to the small car market.

“Furthermore, CT 200h is a hybrid that backs up its environmental credentials with great driving dynamics and proves that a small economical luxury hatch can be fun to drive.

“Since launch CT 200h has firmly established itself as a true competitor in its class by offering an innovative driveline, superior specification, outstanding value and access to Lexus’ industry-leading service and support programs,” Mr Cramb said.

The award for CT 200h also comes of the back of strong sales results, with the hybrid hatch posting the highest sales for any luxury hatch in the month of October. 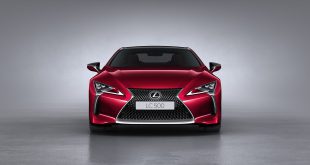