Beginning of this year, UMW Toyota Motor announced that it was developing a TRD variant in collaboration with TRD Asia which based in Bangkok. Finally, UMW Toyota Motor introducing the Toyota Vios TRD Sportivo, the latest variant in the Vios line up featuring enhanced performance, aesthetics and overall desirability developed by TRD Asia. This Toyota Vios TRD Sportivo will replaces the Vios 1.5S as the flagship model of the Vios range with an estimated price of RM90,900.00 OTR with insurance. 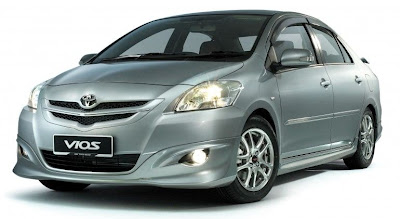 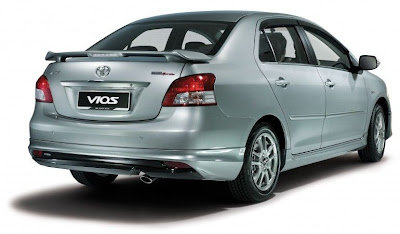 This Vios TRD Sportivo is expected to have a better handling over a standard Vios. Therefore, firstly is the Enkei 15″ alloy wheels which are 10% lighter than the standard OEM 15″ alloy wheels. Secondly, there will be optional sports suspension kit which lowers the ride height by 10 mm for greater stability while the gas-filled shock absorbers have been tuned for sporty handling without major sacrifice in ride comfort. Not to be worry about the stiffness, as we were told that TRD Asia has did a lot of testing in Southeast Asia to get the right settings for the bumper.

As for the bodykit, it consists of front and rear lips, a bootlid spoiler, and side skirts, all made of polyurethane (PU) except for the bootlid spoiler which is made of ABS plastic. Bear in mind, the bodykit is exclusive to malaysian market as specifically designed. Other than the TRD badges, all the other parts are locally-made to keep prices down including the bodykit.

On the interior, this Vios TRD Sportivo got some fancy items such as carbon-fibre lookalike inserts on the centre console, TRD Sportivo floor mats, a leather gearknob, stainless steel cruff plates and the black and red upholstery with the TRD Sportivo logo stitched onto the seats and door panels. 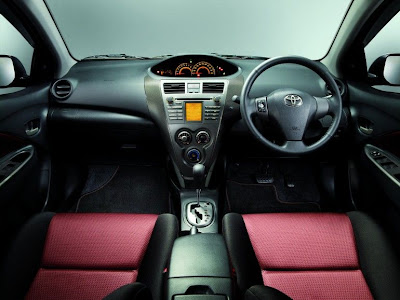 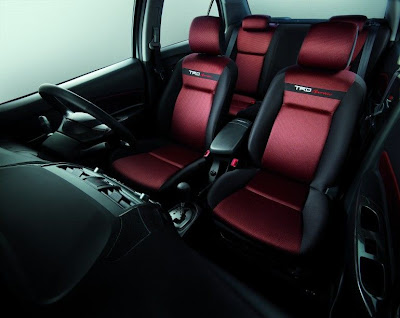 The technical specifications are the same with the rest of Vios. Hence, the car come with the well-proven 1.5-litre VVT-i engine which produces 80 kW/109 ps of power with 141 Nm of torque. Personally, If I would buy a Vios TRD Sportivo, it will be a manual instead of an auto. Unfortunately, the Vios TRD Sportivo only available with a 4-speed Super ECT automatic transmission. Well, UMW Toyota Motor felt that there is insufficient demand for a manual transmission. Alternatively, they do offer a manual transmission with the Vios 1.5J spec and that has proven the joy to driving a Vios.

All the mentioned accessories are installed in the assembly plant, the fittings and finishing are as good as the rest of the car. To ensure that the quality is of Toyota’s high standard, UMW Toyota Motor offer the same warranty of 3 years/100,000 kms.

The new Toyota Vios TRD Sportivo is available in a few colours: Silver Metallic, Coal Black, White, Grey Mica, Bronze Metallic and Medium Silver Metallic. Orders can be made from now but the car will only be in Toyota showrooms from 17th July 2009.

Also, you might want compare our sporty version of vios with Singapore.. Check it out at this post: Toyota Vios Sport at Singapore

Spot the All-New Toyota Vios Near You!!