Ford announced March retail sales in Malaysia that grew 24 percent from the previous month to 650 units. The performance was driven by growing demand for the tough Ranger pickup, with March sales increasing 19 percent from the previous month to 513 units.

Ranger features a class-leading suite of safety features, including up to six airbags, and driver assistance technologies like Lane Keeping Aid, Adaptive Cruise Control and Electronic Stability Control, as well as a rear view camera on both the XLT and WildTrak variants. With the ability to wade through water up to 800mm deep as well as best-in-class towing and payload capabilities, the Ranger is the most capable truck in Malaysia.

“As the most capable, most powerful and smartest truck in the market today, the Ranger stays true to our ‘Built Ford Tough’ heritage, and we’re pleased that demand continues to grow across both Peninsula and East Malaysia,” said David Westerman, managing director, Malaysia and Asia Pacific Emerging Markets, Ford Motor Company.

Initial customer deliveries of the  new Focus also kicked off in March. Equipped with a 1.5L EcoBoost engine, Focus is the most powerful small car in Malaysia. It is also one of the most connected, with smart technology such as SYNC 2, Perpendicular Park Assist, BLIS with Cross Traffic Alert, and enhanced Active City Stop. 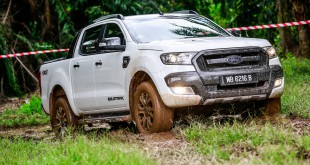 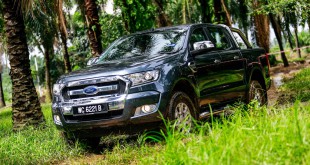