Given that the 2012 Honda City facelift debuts in Malaysia, UMW Toyota Motor took chance to introduces the Toyota Vios with minor facelift for 2012 as well. According to UMW Toyota Motor, this minor facelift is made based on customer feedback as well as part of their continuous product improvement program to this model.

For exterior, the headlamps of the 2012 Toyota Vios now come with dark plated (smoked type) style and the front fog lamp bezel is now revised on the lower corners of the bumper. The distinctive grille of the Vios 1.5G Limited is now offered as standard to the Vios 1.5G, Vios 1.5E and Vios 1.5J models.

The optional aerokit, only available for the Vios 1.5G Limited last year, can now be added to the other models (1.5E & 1.5J) at the time of purchase. This 5-piece package consists of the front bumper spoiler, side skirts, rear trunk lid spoiler and rear bumper spoiler. The Vios 1.5E and Vios 1.5J get upgrades for their wheels with not only a sportier 12-spoke design but also a larger diameter of 15 inches (previously 14 inches). The change is significant for the Vios 1.5J as it previously had steel wheels with a cover. Both models now use wider 185/60R15 tyres.

Inside the car, the Vios 1.5J has also received an upgrade in the cabin with a change in the seat material and fabric pattern. For the rest of the Vios’s variants, the interior remained the same as previous revision. On the Safety aspect, finally the SRS airbag and seatbelt with a pre-tensioner and force-limiter is now installed for the front passenger as well. The upgrades on the front passenger side are now able to maximize the restraint on the passenger during the crucial moments of a collision.

Technically, the engine and transmission are remained the same with the 1.5-litre VVT-i engine.

Unlike the new 2012 Honda City, the new 2012 Toyota Vios still comes with the standard 3-years or 100,000km warranty. The new Toyota Vios is now available for viewing in all Toyota showrooms throughout Malaysia.

Lastly, UMW Toyota Motor is also offering more advanced infotainment systems and sport suspension kit as options for new Vios models. Two type of systems (DVD-AVX and DVD-AVN) are available, both featuring a reverse camera which greatly enhances convenience of parking. The reverse camera has a wide angle of view and its image is displayed on a full-colour 5.8-inch (DVD-AVX) and 6.1-inch (DVD-AVN) touchscreen. 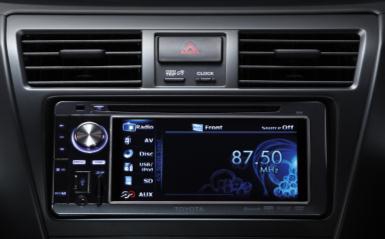 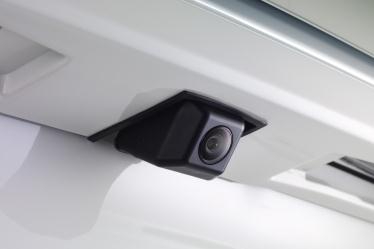 The DVD-AVN system includes a GPS route navigation system with digital maps for Malaysia, Singapore and Brunei. In addition, customers are entitled to one time free map update at Toyota Sales & Service Centre if a map versioning update is required.