The third generation of Toyota Vitz (which also called as Toyota Yaris in other region) was launched on December 22, 2010 in Yokohama, Japan. The codename of the new Vitz/Yaris (XP130) is the all-new model which replacing the outgoing second generation (XP90) Vitz/Yaris. It will be launched in Europe and other region by the end of 2011.

FastMotoring crew makes it way to Tokyo to check out the latest Vitz/Yaris to keep our readers updated. The aerodynamic drag of the new Vitz has been reduced with a co-efficient drag value of 0.285.

This new generation of Vitz/Yaris introduces a new 1.3L engine which is more economical than the 1.0L engine. According to Toyota Japan, the automaker claiming a 26.5 km/Litre tested in Japan with the Toyota Stop & Start System (SmartStop) on the 2WD(FF) 1.3L Dual VVT-i engine – F’ variant . In addition, the response of the Toyota Stop & Start System (SmartStop) takes only 0.35 seconds from stop to start.

Fuel efficiency on other variants as below:-

This model will be likely the version of the all-new Yaris in Malaysia if UMW Toyota happen to market it again. However, you would be expecting a rendition of the new Toyota Yaris (XP130) to morph to a more South East Asia preferences of a budget sedan in the next generation of Toyota Vios. 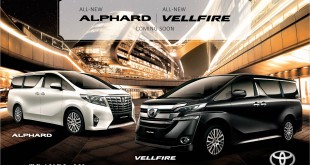