After the KLIMS 2010, many people especially the local are aware about the upcoming 2012 Proton Persona replacement model.

During the 2010 Kuala Lumpur International Motor Show, Proton exhibited all of their concept car models – Tuah, Lekir, Lekiu, Kasturi and Jebat. The Tuah is most likely the upcoming Proton Persona replacement model. 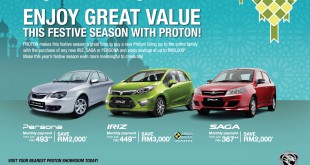