Over the weekend, I have attended the 2010 Hyundai Sonata (YF) Preview in Hyundai Glenmarie Elite Outlet. At the first sight, the car looks amazing and changes my perception towards Korean Cars in-terms of design, features and technology. Besides the car reminds me the Mercedes Benz CLS, I think it looks identical to Volkswagen Passat CC too. Probably, those cars design with similar shape as 4-door Coupe.

In the other article, we have covered the preview of the YF Sonata. However, I think I am more tempted to show you another beauty from Volkswagen, the Passat CC.

The Volkswagen Passat CC is a 4-door coupe that debuted back in January 2008 at North American International Auto Show in Detroit. Basically, the CC stands for Comfort Coupe and marketed as a more luxury model over the standard Passat. This car is designed based on A5 (PQ46) platform like the Passat but the CC is longer, lower, wider and of course Sportier.

Back in October 2009, Volkswagen Group Malaysia had announced the availability of the Passat CC and Scirocco to the Malaysian market. Both models are offered with EA888 2.0 R4 16v TSI/TFSI turbo-charged engine (2.0L TSI) that producing 200PS (147kW) @ 5,100-6,000rpm and 280Nm @ 1,700-5,000rpm. Don’t worry, the engine is RON 95 compatible. Initially, the Passat CC is powered by 6-speed Tiptronic Auto Transmission to front wheel. But now, you will get the 6-speed Direct-Shift Gearbox (DSG) instead in the 2010 imported models. The car was initially designed with only 4 seats, but the option of 5 seats has been taken by VGM for all 2010 imported models too. Therefore, you won’t be able to find the rear center console anymore.

To further providing a better driving experience in terms of comfort and sport, this car equipped with Adaptive Chassis Control DCC. You will be able to select the choice of Sport, Comfort and Normal mode with a touch of a button.

The steering wheel is light as it is electrically assisted and maintenance free. It comes with all-round disc brakes with Bosch 8.0 ESP with ABS, EDB, BA, EDL and ASR. Basically, the safety feature wise is fully equipped with dual front airbags, curtain airbag for front and rear passengers, side airbags for front passenger, ISOFIX for child seats. Overall, this car is rated with 5-Star under Euro NCAP.

Based on our research and owners’ contribution, the fuel consumption is average 8.4 litres per 100 km (11.9 km per litre). For such vehicle with this performance, it is consider very economical and efficient. This car is capable of delivering a top speed of 232km/h and 0-100 km/h in 7.6secs.

If you are eyeing for a German built sedan like Audi A4, BMW 3-series or even Mercedes Benz C-class. Why not consider the Volkswagen Passat CC? Trust me, you will love it. 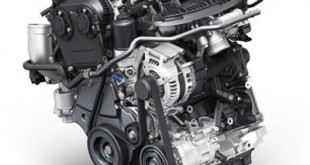