Marketing gimmick aside, Shell V-Power 97 is claimed to have a innovative formula design to optimize your car performance. It is said to design to unleash the power more quickly and deliver sustained performance. The unique formulation of V-Power 97 is designed to deliver more power by improving the combustion of your engine. 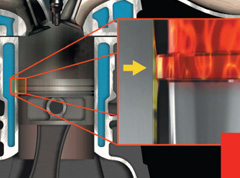 The Shell V-Power 97 is using the same “Friction Modification Technology” which is also in the Shell V-Power Race fuel used  by Ferrari Formula One cars. Its propose is to reduce friction between the engine parts.  As the fuel spray into the combustion area Shell’s V-Power 97 create a surface coating component protection the engine cylinder and the piston. This also helps to optimize energy to be more efficient transfer to the wheels. 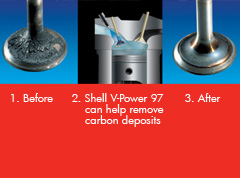 Not only performance is improve in the Shell V-Power 97. The new formulation for Shell’s Ron 97 (V-Power 97) also prevent or should the build-up of power-robbing deposits on the engine’s valves & injection system. It also helps to clean the existing deposits thus this will improve the responsiveness of your engine. Shell claims that if drivers used Shell V-Power regularly, drivers will notice their car performing like new for a longer period and from certain scenario V Power 97 can help rejuvenate your aged cars.

Shell is offering it’s new formulated V-Power 97 at the regular price of a RON 97 petrol which is RM2.05 per litre.

Click here for a list to find out which Shell Petrol Station near you has the new Shell V-Power 97 Fuel. 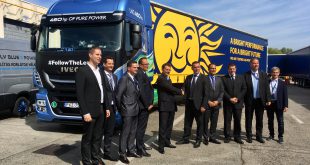 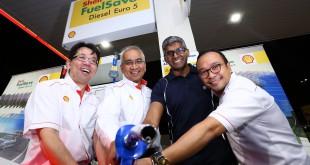