The BN Government in Malaysia has just announced the new prices of petrol in Malaysia effective 1st September 2009 and we are looking at RM1.80 per liter for RON95 now, which was what RON97 was previously priced at. This is up from RM1.75 per liter pre-September 2009. As for RON97, it has been hiked to RM2.05 per liter. 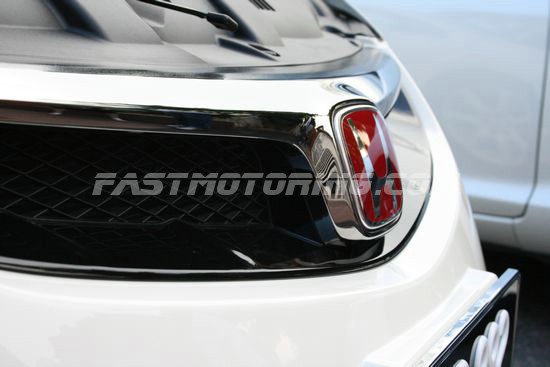 From Honda official, all Honda cars from Honda Malaysia Sdn Bhd are compatible with RON95. Yes, even the Civic Type R, with a catch of course. But the Civic Type R is a high performance, high-revving sedan, how can this be? Let’s take a look at what RON95 and RON97 actually are to have a better understanding of petrol octane.

RON stands for Research Octane Number, a rating used to measure a fuel’s knock resistance in spark-ignition internal combustion engines. What exactly is knocking’ and why must a fuel resist it?

For the entire engine, the combustion chamber is the hottest part of the engine. Combustion explosions can happen a few hundreds or thousands times a second. If an engine is sometimes tuned too aggressively, the engine may knock’. Knocking is what happens when arts or all of the air-fuel mixture prematurely ignites before the flame from the spark plug can reach it.

When this happens, it causes a decrease in performance. Also, the engine has no way of predicting or controlling how this rogue flame behaves so it might damage your engine. Basically knock resistance is a measurement of how likely it is your fuel can withstand self-ignition.

It is a in-correct to think that RON97 petrol are able to produce more power than RON92. In fact that a higher RON number actually means the fuel combusts less easily! If you engine does not require RON97 and can work on RON95, pumping RON97 will likely only result in a waste.

Now back to the FD2 Civic Type R. All Honda engines and other manufacturers engine build have a device called a Knock Sensor which can detect knocking and automatically adjust the engine’s spark timing to prevent engine knocking. The Type R’s engine was designed and tuned for RON100 fuel in Japan in order to get the maximum horsepower of 225ps but since it has a knock sensor it can work on RON97 fuel. It can run on RON95 too, however performance and fuel consumption will be affected, so it’s best to feed it with the highest octane fuel you can find. Therefore, we strongly recommends RON97 fuel for the Civic Type R and other car that having high compression engines.