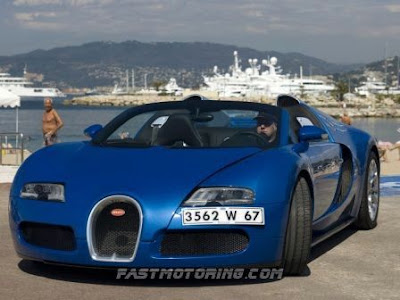 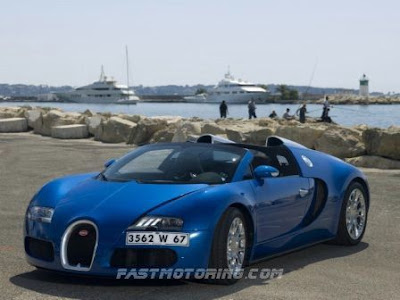 Bugatti’s Grand Sport has started production at the French factory. The topless car gets a redesigned, stiffer carbon fibre monocoque, with reinforced side skirts and a carbon fibre plate bolted beneath the transmission tunnel to deliver equivalent strength to the roofed car.

Partly because there isn’t a folding roof structure to carry and overall the Grand Sport weights just 53kg more.

The see-through polycarbonate roof panel lifts off and is left at home for topless motoring.

Protection from the elements is instead supplied by what can only be called an umbrella – stored in the boot when not in use and erected to protect passengers from inclement weather at speeds of up to 160km/h.

But for a truly hair-raising drive you’ll leave it off – the open-topped car will allegedly reach 360km/h.

That umbrella should alert you that nothing about this car is normal, not even its rollover protection. Forget pop-up hoops, the air intakes for the 16-cylinder engine double as occupant protection.

Next Generation of Bugatti Veyron target to hit 270 mph