The All-New BR-V, Honda Malaysia’s brand new Full 7-Seater Crossover prototype made a surprise preview at the Malaysia Autoshow 2016.  The All-New BR-V was unveiled by Yang Berhormat Dato’ Sri Mustapa Mohamed, Minister of International Trade and Industry together with Managing Director and Chief Executive Officer of Honda Malaysia, Mr. Katsuto Hayashi. The prototype All-New BR-V in Taffeta White will be on display at the Malaysia Autoshow 2016 at the Mines International Exhibition and Convention Centre (MIECC) from 10-13 November 2016. The All-New BR-V is powered by a 1.5L i-VTEC engine, which provides 120PS, making it the highest engine output in its segment. The All-New BR-V appears in Honda’s signature Solid Wing Face design and a sleek Roof Rail that gives the 7-Seater Crossover a strong and stylish appearance. The trendy exterior is further enhanced with Daytime Running Light (DRL) and 16” Dual Tone Alloy wheels.  Practical features such as the reverse camera and sensors are also made available in the All-New BR-V.

Seats in the All-New BR-V are designed for multi-configuration, enabling the space to be easily manipulated for the users’ convenience. The All-New BR-V boasts a spacious 223 litres boot space with all seats up, the largest in its segment. The space increases to 539 litres when the third row seats are folded. The second row seats adjusts with an easy One Touch Tilt & Tumble in a 60:40 configuration while the third row seats comes in a 50:50 split configuration and full tumble.

Leather seats and rear air-conditioning are also welcomed features in the All-New BR-V, for better comfort in the car.

Malaysians can view the prototype All-New BR-V at Honda’s booth at the Malaysia Autoshow 2016 happening right now until 13th November 2016 at MIECC. Visitors to Honda’s booth this year, themed “Tomorrow’s Dream, Today’s Reality” will also be treated with a showcase of Honda’s advancements in Technology, Safety and Robotics.

The Honda booth also features an Advanced Technology Corner which is specially set up to educate visitors on Honda’s Hybrid system, safety technologies and Turbo engine. Honda’s latest prototype with Hybrid technology (i-DCD Sport Hybrid) will be on display throughout the Autoshow. Visitors will also have the opportunity to ride and experience Honda’s personal mobility device UNI-CUB β at Honda booth. The Accord, Civic and City will be on display at the booth and visitors could take advantage of the ongoing year-end bonuses of up to RM8,000 by placing bookings. Various other attractions are in store for visitors including lucky draws with exciting prizes and merchandise sales.

Malaysians could also view the prototype All-New BR-V during a series of roadshows around Malaysia for the next two months at the following locations. 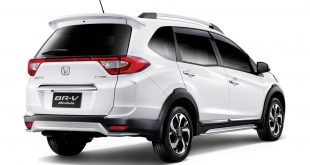 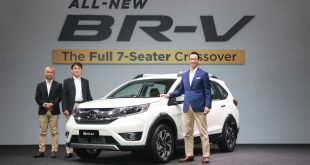 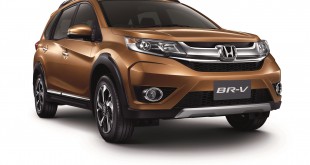