Audi has become the latest manufacturer to join the expanding TCR family, with the unveiling of the stunning new Audi RS 3 LMS TCR at the Paris Motor Show today, extending the range of their customer racing program into 2017 and beyond. 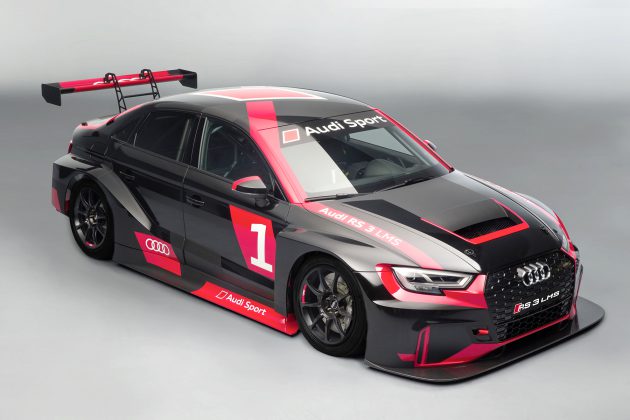 “Audi has been active in motorsport on the highest level for generations,” says Stephan Winkelmann, Managing Director at Audi Sport. “With the Audi R8 LMS, Audi, in a very short time, managed to build a successful customer sport program alongside the factory commitments in the WEC and the DTM. The Audi R8 LMS has since become the market leader in its segment. We have the same plans for the Audi RS 3 LMS, which offers customers an attractive opportunity to get started in fascinating Audi racing.”

The Audi RS 3 LMS is being developed by Audi Sport customer racing for the TCR category and will feature the four-door sedan as opposed to the variety of ‘hot hatches’ that currently fill the various TCR championships around the world.

“The TCR market has even larger potential than that of the GT3 category,” says Chris Reinke, Head of Audi Sport customer racing. “In 2016, there were ten TCR series with races in 18 countries, and more and more series are being added. With the TCR version of the RS 3 we’re also reaching countries where no GT3 races are held. The costs for a TCR race car are very low. As a result, we’re going to win new customers for Audi Sport as well. In terms of support and parts supply, they’ll benefit from the experiences we’ve been gathering with the Audi R8 LMS since 2009, which our GT3 customers have come to appreciate.”

“We are delighted to welcome Audi to the TCR family, joining the other brands in the group Volkswagen including SEAT who have become regular winners in the International and National series,” Marcello Lotti, CEO of TCR Promoter WSC Ltd added:

“I think the decision to build and develop the RS 3 car demonstrates a clear belief in the TCR concept and I would like to thank Audi Sport Customer Racing for their commitment and enthusiasm in the project. The decision to reveal the car at the Paris Motor Show is also significant, as it presents the car in front of the world’s automotive media. I am looking forward to the Audi RS 3 LMS making its racing debut and I wish Audi every success in the future.”

In terms of safety, Audi Sport customer racing is not making any compromises. The extensive safety package includes an FIA-approved safety fuel tank, a racing safety cell, the PS3 safety seat, FIA safety nets on both sides of the seat and a rescue hatch in the roof like the one used in the Audi R8 LMS. 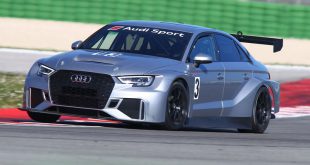 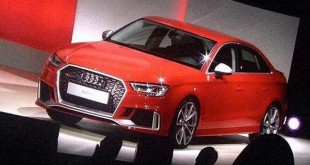