The first-ever Lamborghini Pop-Up Museum in Hong Kong located at Soundwill Plaza II – Midtown is open for free to public from now until September 2014, in celebration of the Lamborghini’s heritage with more than 50 years of history. The Museum has attracted over 10,000 visitors since its opening in May. A collection of the iconic Lamborghini car models will be showcased on rotation to give a glimpse of the brand’s epochal designs at different periods of time. In addition, the Museum is now featuring a line-up of Lamborghini anniversary edition, including the well renowned Diablo SE 30th Anniversary Edition, the Murciélago 40th Anniversary that marked an important milestone in the history of Lamborghini, and the Aventador LP 720-4 50° Anniversario Roadster. Mr. Albert Wong, Director of Lamborghini Hong Kong, said, “The three Lamborghini anniversary editions on display soon are all delivered by Kingsway Cars Limited, which has been the official dealer of Lamborghini in Hong Kong since 1992. These models marked more than 50 years of Lamborghini’s heritage as well as the important milestones in Kingsway’s development. We are very honored to have the opportunity to showcase these rare and prestige anniversary models in a special place like this for local car enthusiasts.” 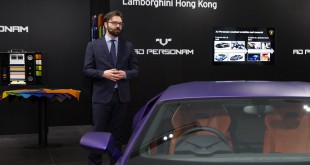