Ahh, The new upcoming Hyundai Tucson. First looks, i thought it was a Santa Fe, however this is actually the next version of the Hyundai’s Compact SUV – Hyundai Tucson. Compare it with the image below the Hyundai Tuscon is totally a brand new car. The old one however reminds me of the first generation of Honda CRV era. 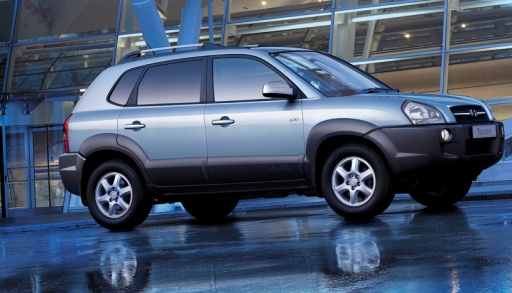 The old car however looks like a it can be crafted from a few boxes and fitted in with a few wheels. The new car however looks much convincing through the artist impression. Something tells me the Koreans are coming fast and coming strong. The teasers sketches shows that the new Hyundai Tucson is with sporty, aggresive lines and curve of the new Hyundai Compact SUV, at some point we feel it as some Mazda CX-7 feel it in. By looking at the sketches we think is going to be a great looking Compact SUV. 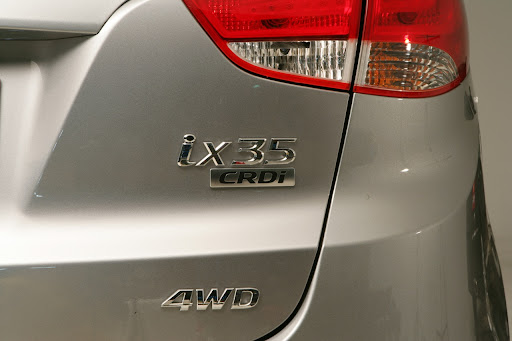 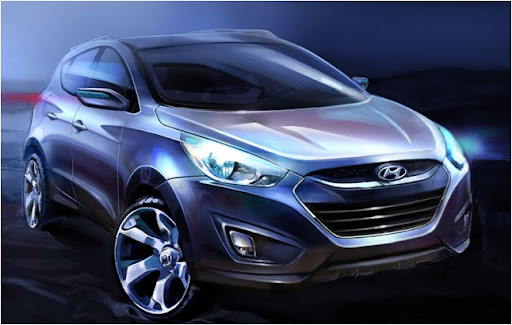 Also known as the the Hunydai ix35 in the European market, the Hyundai Tucson will be launched at Frankfurt motorshow in September. This all Hyundai Compact SUV, will be launch end of the year in the Europe and the US early next year. I won’t be suprise it will be coming to our shores pretty soon. 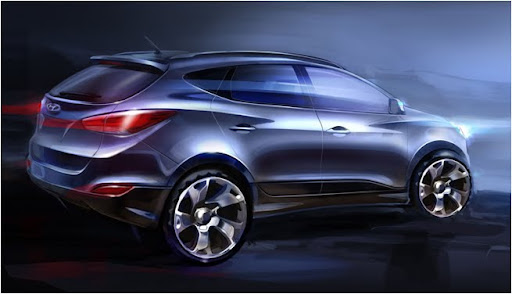 If you’re the one considering this current version Hyundai Tuscon. I suggest you to be patience, and you will be paid off pretty well.We will be expect more teasers shots or spyshot before the Frankfurt motorshow in September, till then we’ll keep you posted.